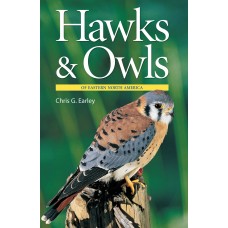 With their legendary nocturnal behavior, a preference for remote habitats, changing migratory patterns, and swift flight speeds, birds of prey are particularly difficult to identify and track. ISBN: 1554079993

Hawks and Owls of Eastern North America depicts the subtle differences and rich diversity among these magnificent birds. Precise identification notes and more than 200 crisp, clean photographs aid in quick and accurate classifications of a variety of raptors.

A number of features make this book especially useful:

With 16 additional new pages and over 200 photographs, this edition of Hawks and Owls of Eastern North America is indispensable to naturalists and birders.